Meet the Staff of the Boys & Girls Club of Noblesville 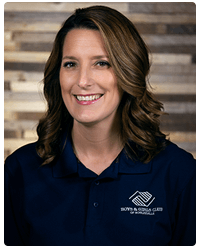 Becky Terry began her work upon graduating from MacMurray College with a BS in Sports Management and minors in Business Administration and Psychology in December 1999. Becky began her career as the Social Recreation Director for the Lilly Unit of the Boys & Girls Club of Indianapolis. During her ten-year tenure with the Indianapolis Club, she held the positions of Program Director, Unit Director and Director of Federal Programs. Becky joined the Boys & Girls Club of Noblesville as the Executive Director in May 2010 and remains passionate about the mission of the Club and continues to believe in the important role it plays in the lives of so many children, families, and the community at large. When away from work she enjoys spending time with her husband Jeff, son Austin, and daughter, Marissa. 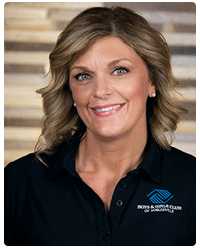 Abby Stutesman has been a part of the Boys & Girls Club for nearly all her life. After being a member as a child and part-time staff as a teen, she then studied Sociology at Marian College in Indianapolis and returned to the Boys & Girls Club of Noblesville to make it her career as an adult. Abby has been employed with the Boys & Girls Club of Noblesville for a total of twenty-one years and has held a number of positions. She has worked as the Front Counter Attendant, Education Coordinator, Program Director, and, her current position, Unit Director. Abby enjoys being a part of the Noblesville community in more ways than her work at The Club. Abby enjoys raising her three daughters, Olivia, Maya and Ella in the Noblesville area and loves that they, too, are a part of The Club as youth members. 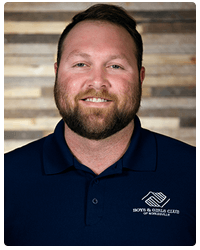 Nathan Helm began his work with the Boys & Girls Club of Noblesville as Director of Development in July of 2016.  Upon graduation from Ball State University in 2011, with a bachelor’s degree in marketing, Nathan accepted a sales position in Atlanta, Georgia.  Returning home to Indiana in 2013, Nathan accepted his first position in the non-profit world working as the Development Director for a local community center near his hometown in Jay County serving youth, adults, and seniors.  Now living in Noblesville, Nathan has a renewed passion to find and deliver funding opportunities for programming for local youth.  Outside of work, Nathan enjoys going to Pacers & Reds games, visiting new restaurants, and playing basketball. 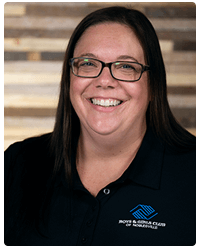 Wendy Casteel has been educating and working with youth since graduating from Western Michigan University with a degree in Elementary Education in 2002.  She recently moved back to the Midwest after living in California for the last 13 years.  She started her career as an elementary classroom teacher, and then a reading intervention teacher.  Most recently, Wendy worked at a Boys & Girls Club in San Clemente, CA for 6 years where she held the positions of Education and Career Director, and Program Director.  She is excited to join the staff and work with the youth of Hamilton County.  Wendy loves exploring the Noblesville area and spending time with her husband, Tim and daughter Ellie. 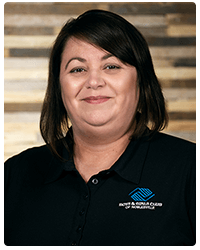 Natalie Bradshaw, with over eighteen years of experience in the financial and managerial field, started at the Boys & Girls Club of Noblesville in 2013 following her previous employment with Mutual Wealth Management after eleven years of service. As the Office Manager, Natalie is responsible for the organization's finances and daily needs of the Boys & Girls Club Office. Natalie is married to her high school sweetheart and a mother of three. When away from work, she loves spending time with her family and watching her husband race sprint cars. 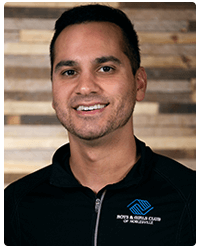 Tony Eslamirad, a Noblesville native, attended IUPUI with a major in Sports Management and a minor in Business. Tony has a love of all sports, especially basketball, so it was only fitting he chose this career path. After an internship with Carmel High School's athletic department, Tony realized his passion for working with youth. Following his graduation from IUPUI, he found his perfect fit at the Boys & Girls Club of Noblesville as the Sports Director. He operates the Community Center and oversees the athletics programs. 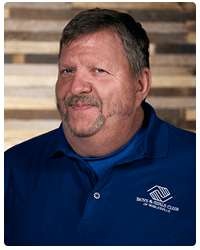 Kurt Livengood has been a part of the Boys & Girls Club of Noblesville for thirty-one years. He works hard to take care of The Club and maintain the space to the best of his ability. When away from the Club, Kurt enjoys activities, specifically ping-pong and state parks, and loves to spend time with his wife, Debbie, and his four sons. 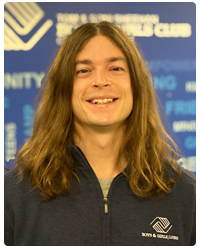 Jeremiah Johnson (JJ) is from a small country town in southern Indiana. He has always enjoyed an active lifestyle. JJ attended the University of Southern Indiana where he played rugby and worked as an Intramural Supervisor. He graduated in 2013 with a BS in Sport Management. Upon graduating, JJ accepted an assistant head coach position with his former high school soccer team where he held that position for five years. From 2017-2021, JJ worked at the French Lick Resort. Eventually, becoming the Activities and Recreation Manager. JJ is nearing completion of his Master’s degree in Recreation Administration at Indiana University. JJ enjoys the great outdoors. Hunting, fishing, and racing dirt bikes are some of his hobbies. JJ has played drums for over 19 years and plays in a rock cover band. Recently married, JJ enjoys spending time and traveling with his wife, Andrea.